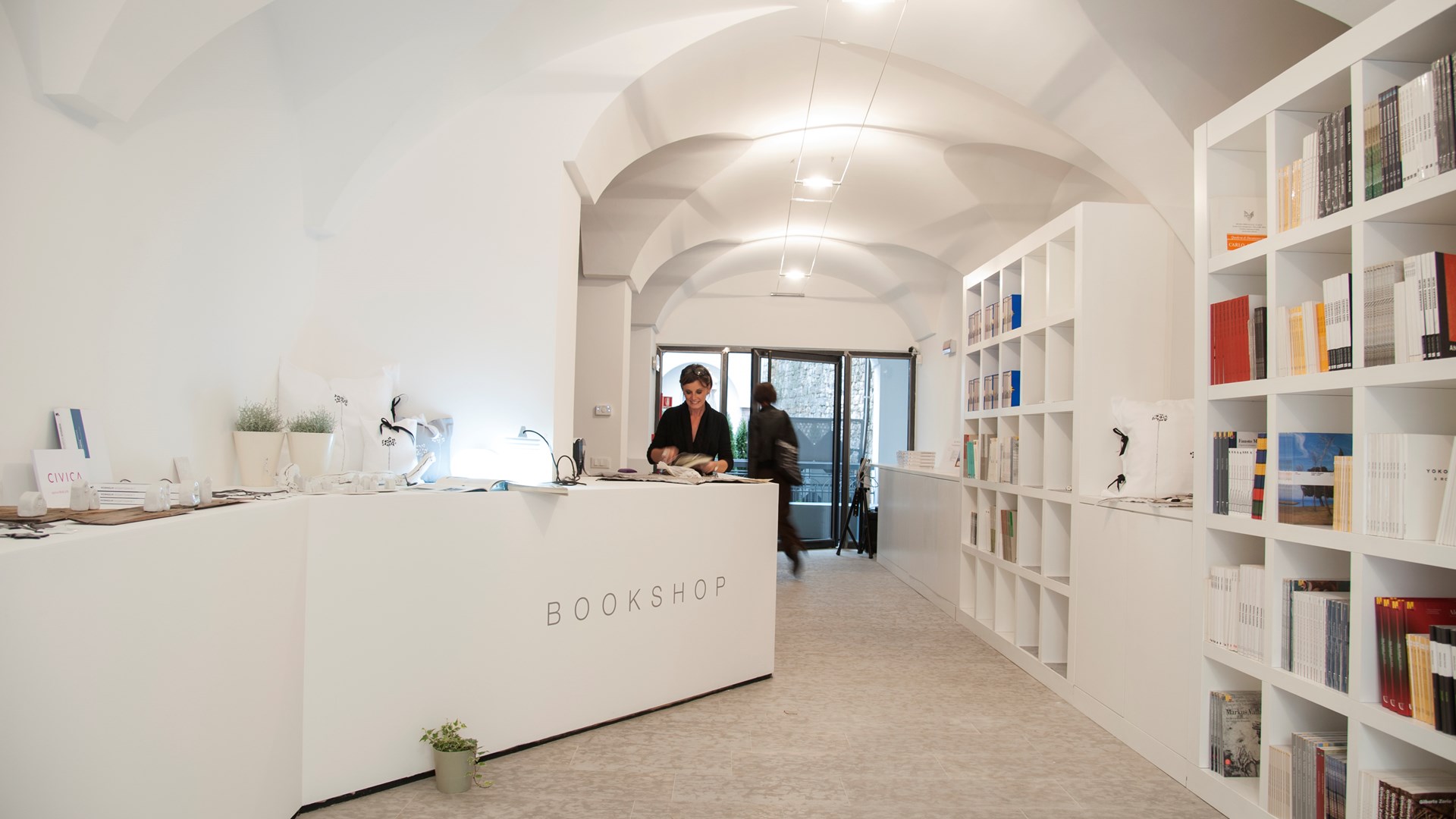 The Galleria Civica in Trento is a satellite branch of Mart in Rovereto and was annexed in October 2013, expanding the Trentino museum hub dedicated to contemporary art. For the occasion the spaces were redesigned by Stefano Grigoletto/Studio Atelier Zero, whose project was selected through an open competition held in collaboration with the Trento Architects' Association. The young Trento architect's original design was credited with maintaining "a happy balance between the need for a versatile site and the need to create an environment with a strong identity".

The activity of the Galleria Civica follows various cultural orientations in connection with Mart and the Casa d'Arte Futurista Depero in Rovereto.
One of the first research areas was 20th century artists and movements, which began with the inaugural exhibition "L'Avanguardia Intermedia" [The Middle Avant-Garde] (2013-2014): an exhibition that contrasted the work of Trentino artist Umberto Moggioli with the contemporary Ca' Pesaro group and with the generation of artists working at the end of the 20th century.
This was followed by group exhibitions such as "Linguaggi plastici del XX secolo" [Plastic Languages of the 20th Century] (2014), dedicated to a number of 20th-century masters who favoured sculpture as a means of expression, and "Astrazione Oggettiva" [Objective Abstraction] (2015), an in-depth study of the work of a group of artists from Trento in the 1970s who centred their aesthetic investigation on colour.

The interest in the languages of contemporary art is articulated in two streams that focus on local and international artistic practices.
Examples of the former are the personal exhibitions dedicated to "Stefano Cagol" (2016), "Jacopo Mazzonelli" (2017-2018), "Gianni Pellegrini" (2019-2020), and the group exhibitions that bring together the works of some important names from the ADAC, such as "Ex post" (2018-2019).
The second stream includes the solo shows of "Wyatt Kahn" (2016), "Andrea Galvani" (2016-2017), "Sam Falls" (2018) and the group exhibitions "Nature" (2015-2016) on environmental issues, and "Legno | Lën | Holz" (2017), the first Italian exhibition dedicated to contemporary wood sculpture.

Finally, architecture is the focus of exhibitions such as "Almanac 70. Architecture and Abstraction" (2017), which documented the transformation of Trentino from a rural area to an industrial and service society, and the solo exhibition dedicated to the work of "Gian Leo Salvotti de Bindis" (2021), an innovative designer and theorist of the second half of the 20th century.
The focus on architecture is reiterated in the Galleria Civica's collaboration with the Order of Architects of the Province of Trento. In conjunction with CiTrAC (Circolo Trentino per l’Architettura Contemporanea), they organised the sixth edition of the Architecture Prize, to which the exhibition "Building Trentino" was dedicated in 2018.

As a reflection of its local roots, the Galleria Civica also houses the ADAC, the Archive of Trentino Contemporary Artists, founded in the 1980s in Trento. This corpus of documents supports the education, production and promotion of local artists and is of interest to researchers, curators, gallery owners and cultural operators. Through ADAC, the Galleria Civica strengthens its relations with contemporary art associations, a lively sector that is now more active than ever.