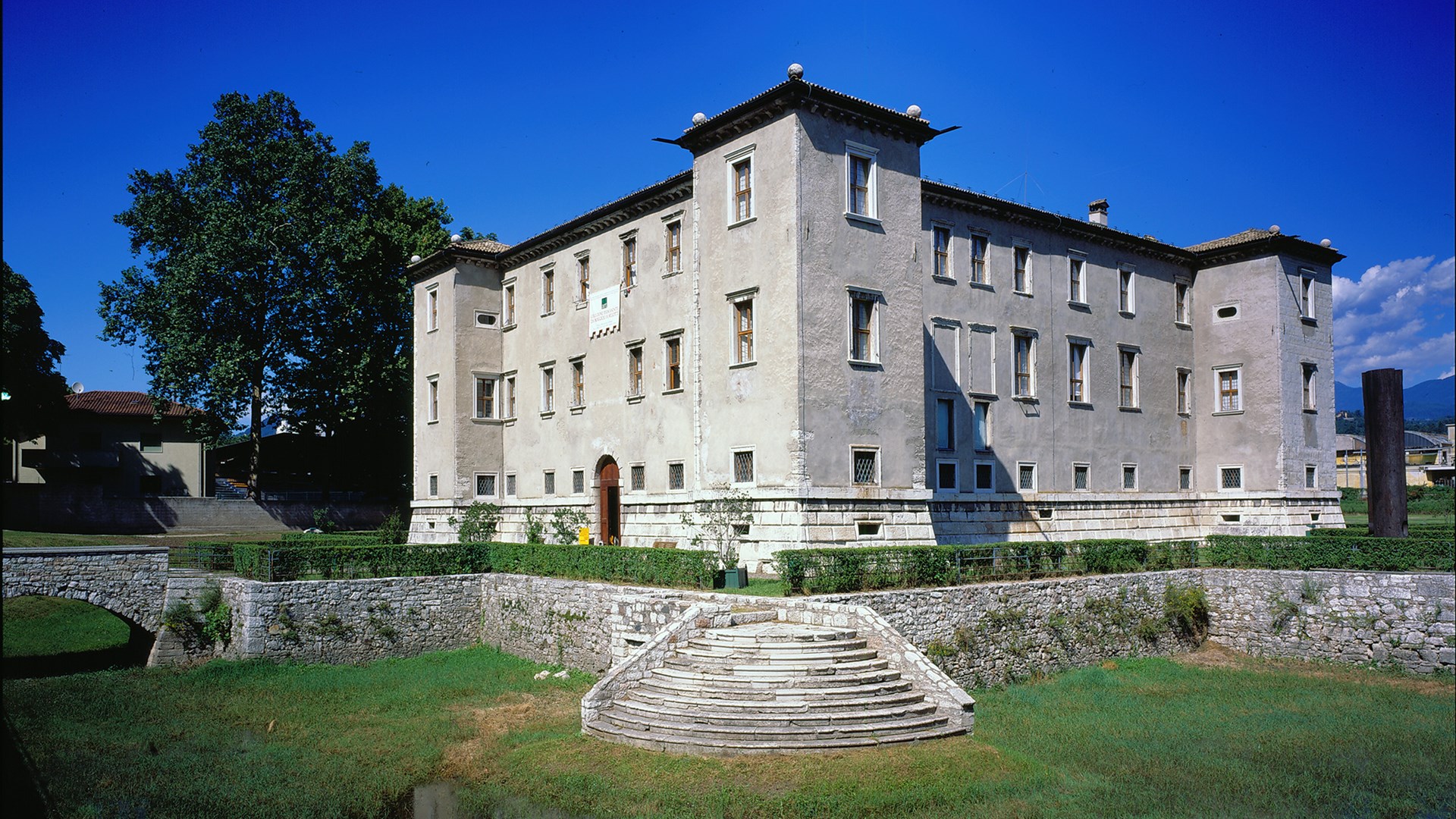 The old Renaissance building of Palazzo delle Albere in Trento was Mart's first location. Here the Museum opened in 1987 and, even after the inauguration of Mario Botta's new complex in Rovereto, it continued its activities until 2010 when it closed for renovations.

Today it's a meeting place for art and science: it hosts a joint cultural programme organised by MUSE and Mart, which run the exhibitions on the first and second floor, respectively.

How to get to Palazzo delle Albere

Highway A22, exit Trento. Exit the highway and follow the signs for MUSE.

Get off at Trento train station. Turn right and walk along via Dogana, following the park, until the intersection with Via Torre Vanga.

Cross the intersection and after 300 m turn right to reach Piazzale S. Severino. Turn left onto Lungadige. Palazzo delle Albere will be on your left after about 200m.

The history of the Palazzo

“The so-called palazzo outside Porta Santa Croce is worth a visit. It can be reached via a wide and long stretch of dense and large trees, to the right of which runs a babbling creek. On arriving, a large amphitheatre unfolds, or a piazza with trees and passageways, framing the palazzo, almost like a beautiful theatre in perspective. The place is set on a quadrangular islet with towers, a noble parapet and a regular enclosure of walls, moat, and a drawbridge at the great gates”.

Known as Villa delle Albere because of the double row of poplars originally placed along the road leading to the building, Palazzo delle Albere is depicted in 16th-century prints in an impressive landscape. It was built between the third and fourth decade of the 16th century based on a design by military engineer Francesco Chiaramella at the behest of Gaudenzio Madruzzo, father of the future Bishop of Trento at the time of the Council.
The building has a square floor plan with four corner towers and its structure is reminiscent of 15th-century palaces, with features of both a villa and a fortress. Originally, the exterior would have been decorated by rustication-style frescoes; these were later replaced by painted architectural decoration, now almost completely unrecognisable.
On the ground floor were the service rooms, facing the portico. The reception halls, all originally decorated with fresco cycles (a few traces of which remain), were located on the first and second floors. Other fresco fragments are also found in various rooms and in the south-east and north-east towers.

Various events from the late 18th century onwards contributed to the decline of this splendid suburban residence, starting with the fire in 1796. When construction of the nearby railway began in 1858, the area changed radically and the villa became increasingly isolated from the rest of the city. After a few renovations, one of which took place in 1867, the building was abandoned and became home to farming families, who used it as a farmhouse or to store hay.
Further maintenance work was carried out in the twentieth century until, in 1969, the building was purchased by the provincial government, which commissioned its restoration. This was completed in 1978.

Since 1981 Palazzo delle Albere has hosted a space dedicated to modern and contemporary art. In 1987, it became the Mart's first location: here the Museum continued its activities until 2010 when it closed for renovations.

The history of Mart